UPDATED TSCB 1: For new rules on registration for Income Tax and NIC and penalties

In the article I advised that
(1) once trading, the newly self-employed should register for income tax & Class 2 NIC on Form CWF1 within 3 months of starting up.
(2) that the penalty for failure to do so was a £100 flat penalty.
(3) ignored the new tax geared penalty regime and changes in the deadlines in the article.


Why change it now?

Because at the time I wrote the article, the old rules were more likely to apply than the new rules.  But what I failed to realise was that the article would still be relevant in a year's time when the new rules are in full swing.

Whilst it's embarrassing to admit in public I should have said at the time that the rules were changing (and if the series had continued beyond February 2011 I was planning a specific article on the new penalties regime so there's a lesson there about the consequences of not carrying out one's good intentions...); I feel it's more important to make sure that the advice on the blog is accurate (to the best of my knowledge) and up to date, than be pretending to be all knowing (I'm not) and that nothing ever changes (it does, frequently).  Above all, I do not want to mislead anyone.

Ok, so, if I followed your original advice is there anything I need to do now?  How wrong was it?

If you followed the original advice - you're fine.  There's nothing needs to be changed.


So what has changed?
Are you going to do a more in-depth blog post on these specific issues in future?

I've been considering it, but no, I don't think so.  Unless it causes a lot of additional questions, then we'll see.

I'm still of the view that is that it's best practice to register within 3 months of starting up.  HMRC recommend as soon as possible.

It is entirely up to you, dear reader, whether or not you do that, or whether you choose to run up to the wire on the deadlines - at your own risk!

I think it's worth noting here that the detail of the deadlines and the circumstances in which they apply are not at all easy to ascertain on HMRC's website unless you know what you're looking for. I had to go back to the legislation and work out what should happen before I could spot them there. 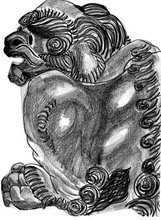 If you are reading the TSCB (Taxation for Small Craft Business) posts - the information provided in the articles is based on HMRC practice and current legislation at the time of writing. UK tax law changes frequently and the articles will not be updated to reflect changes in the law.
Whilst I am a fully qualified Chartered Tax Adviser with nearly 20 years' experience, the articles are merely intended to provide you with food for thought, and it is your responsibility to find out your own personal position in relation to UK tax & accounting.
I take no responsibility for any actions you do or do not take as a result of reading the articles, nor do I take any responsibility for any losses incurred as a result of any actions you might take or not take.
There is no substitute for taking paid for professional advice specific to your circumstances!